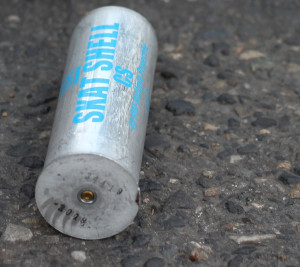 This month's show is dedicated to an interview with Vika Safarian, an associate attorney with Levi Merithew Horst LC. She is part of the legal team representing the racial justice nonprofit Don't Shoot Portland and other plaintiffs in an ongoing complaint alleging that the City of Portland and Multnomah County violated the constitutional rights of protesters during demonstrations following the murder of George Floyd in 2020. The initial complaint was filed in early June, and sought an injunction against the use of tear gas on demonstrators. While that case is still ongoing, the plaintiffs successfully filed for two Temporary Restraining Orders (TROs) in June, both of which were repeatedly violated by Portland and Multnomah County law enforcement (among other state and federal agencies that used tear gas). The plaintiffs are currently seeking a contempt of court decree against the City of Portland. A week before this show aired, a federal judge granted "coercive sanctions" against the City of Portland for its violations of the TROs through the actions of police.

In this interview, Vika Safarian talks about the events leading up to the court case; how the use of tear gas violates First and Fourth amendment rights of protesters; and what difference if any there may be in how the police use chemical munitions in 2021. The interview was edited for air, and the full version can be found here.