✪This is a galactic radio show, broadcast throughout the galaxy as a vital part of the Ongoing Protocols of Galactic Interaction✪ --- Down the rabbithole of Consciousness and Existence we go! --- Here we go in depth with everything you need to know about **Galactic Awareness**, and the nature of our colossal galactic alliance --- Many names for one/many massive, heavenly, multi-dimensional, family oriented institution(s) that oversee the protection of this galaxy. A GALACTIC UNION. --- All these seemingly outlandish subjects are rooted in the ancient understanding by many ancient tribes and nations of the existence of "star people", our star family, and how they manage all the realms beyond Earth, i.e our galaxy. --- Planet Earth is part of a magnificent galactic union that protects all life forms, first by protecting free will, then by assisting when required. --- We are a big family with the rest of the galaxy; we're not alone. We're part of a cosmic system. There is intention and intrinsic love to our existence. --- ➜It is true Earth has been a colony of a very oppresive regime, which seeks to oppose everything that occurs naturally throughout the galaxies. This sector of Creation has been granted absolute free will. Our environment has been carefully manufactured since the time before the dinosaurs, to be an environment of 'predator and prey'. An experiment of sorts in regards to the capacities of manifested consciousness. Not an uncommon situation, but certainly not the norm throughout the vastness of the galaxies. --- Nature as we know it on Earth, as beautiful and gloriously inspiring as it is, can only occur as such on what we call Lower Dimensional Realms. Our environment. Mother Earth is truly grand and beyond any 3D human limitations. She's a true example of the eternal cosmic mother, who powers all spheres throughout the vast infinity of the galaxies. But She's been messed with, by truly unscrupulous identities, and in Her infinite love and wisdom, She allows Her children to experience free will in love and peace. --- No animal being is originally native to Earth, but they have made this planet their home, just like we have. Something interesting to ponder. Just ponder it. --- Regardless of the challenging conditions of our reality (wow, tell me about it!), we are meant to feel and discover cosmic possibilities. --- We also bring to the forefront the supreme concept of **Animal Awareness**, and what that means for us, and what that can do for our evolution and spiritual enlightenment. ◆The animal beings carry the flawless and unmitigated cosmic spirit.◆ It is them who are closest to cosmic, universal heart/mind, and therefore the best teachers any human identity could have. We also want to remind you that the bond between an animal and a human can be so powerful, it can create a quantum link to the sun and ultimately Heaven. --- We believe on this day and age, on our troubled and disorderly nations, the easiest path to Heaven (i.e. the higher planets, the soaring, light-filled galaxy, and God) is to maintain a strong connection with your animal. The stronger the bond you have or had on the Earth, the better your possibilities for cosmic, godly and angelic connections. Your animal buddy can be your best teacher, counselor and guide. Your animal friends, either present with you on Earth, or gone to Heaven, can be your most powerful allies. --- Apart from the fascinating cosmic integration of planet Earth with our galactic family, as well as the dynamics of enforcing Galactic Law, and what that will mean for the future development of our planet, you might hear some typical radio content, such as music classics, varied instrumentals, as well as beautiful flutes to raise your vibration of consciousness. Never in short of electric guitars and rock setups!! :) One raga from time to time is also part of the Squirrels Know prescription. Ender will delight you with his own music and more thoughts on everything of cosmic interest. As you can tell, a diverse and different compendium of auditary feedback awaits you on this show. ⇨۞⇨⇨⇨۞⇨ **IF YOU'RE LOOKING FOR FAR OUT, HERE IT IS!** Only stuff currently outside the confines of mainstream media and conventional culture. True galactic consciousness =^_^=

For everything about Ender and all that goes behind the scenes of this radio show, go to:

Bridging the gap between 1.)Radio, 2.)Social Media, 3.)The United States Government, 4.)Our Galactic Union, 5.)Starseeds, 6.)YouTube and 7.)The Four Leggeds.

Great fan of the ancient councils within Kogi, Zuni, Hopi and Havasupai Nations, and applaud them as most apt guides and counselors for the ongoing processes of galactic interaction, among many other heroes throughout all continents, who lead with a spirit of service, stick to their ancestral traditions, help run non-profits tending to the most important things and/or do everything they can to bring light to justice.

On Squirrels Know, we will do our best to play songs that can effectively uplift the spirit and untame the mind, heightening your awareness of this moment you're alive and facilitate our mutual triumph in existence.

Do not underestimate the power of Belief and Focus

With the aid, support and protection of our galactic allies, we are achieving our best possibilities. 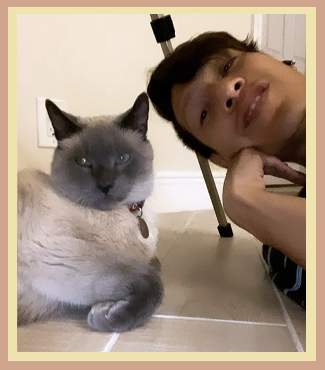 ➔ Here I present you some interviews

Stream on the KBOO App (available for Apple and Android)

Also stream right on this website: go to the top and press Listen Now

All episodes of Squirrels Know live on this page. Feel free to explore! :)

The Tale Of The Two Paths

Airs at: Fri, 01/27/2023 at 8:00pm - 10:00pm
Produced for:  Squirrels Know
Update Required To play the media you will need to either update your browser to a recent version or update your Flash plugin.
Download audio file
Is a tale as old as the oldest star in our sector of the galaxy. A story of opposites, estranged siblings, and potent adventure instincts. Oh such potent adventure instincts! Too much for a frail human to endure. And the bad boys of the bunch happened to be some of the m... END_OF_DOCUMENT_TOKEN_TO_BE_REPLACED

Contemplation, Yet No Mitigation of Fascination. Elation.

Airs at: Fri, 12/23/2022 at 8:00pm - 10:00pm
Produced for:  Squirrels Know
Update Required To play the media you will need to either update your browser to a recent version or update your Flash plugin.
Join Ender Black on another night of temperate, sonic collations. An amalgamation of causation and an aeration of dilation.  Feeling the depth and incomprehensible size of cosmic presence, and the purity and incontrovertible perfection of animal beingness. While at the ... END_OF_DOCUMENT_TOKEN_TO_BE_REPLACED

Airs at: Fri, 11/25/2022 at 8:00pm - 10:00pm
Produced for:  Squirrels Know
Update Required To play the media you will need to either update your browser to a recent version or update your Flash plugin.
Join Ender Black on a journey of flowing embrace! On this episode, we take a very well deserved chill out break before the mighty, mega shake :) For quite some time now, we have been in the thick of it of a magnanimous process of consciousness expansion and cosmic reinte... END_OF_DOCUMENT_TOKEN_TO_BE_REPLACED

Airs at: Fri, 10/28/2022 at 8:00pm - 10:00pm
Produced for:  Squirrels Know
Update Required To play the media you will need to either update your browser to a recent version or update your Flash plugin.
Download audio file
Join Ender Black on another fascinating night of going in depth with embracing the higher capacities of human beingness! And we do this in honor of the present moment, and for the times ahead, when Earth will be confronted with the highly built up and organized galaxy we... END_OF_DOCUMENT_TOKEN_TO_BE_REPLACED

Who We Are As Beings

Airs at: Fri, 09/23/2022 at 8:00pm - 10:00pm
Produced for:  Squirrels Know
Update Required To play the media you will need to either update your browser to a recent version or update your Flash plugin.
Join Ender Black on another night of remembrance of our ancient origins. A human emergence that spans realms where time and space are outdated and unnecessary concepts. An anamnesis of our relationship with our fellow beings on the planet and the universe. A recognition ... END_OF_DOCUMENT_TOKEN_TO_BE_REPLACED

What Must Be, Will Be

To Incite The Path

Airs at: Fri, 07/22/2022 at 8:00pm - 10:00pm
Produced for:  Squirrels Know
Update Required To play the media you will need to either update your browser to a recent version or update your Flash plugin.
Join Ender Black on another night of transcendence! On this episode, we show you what Squirrels Know is all about. To be able to declare the real truth for all ears to hear. The truth of cosmic grandeur, eternal existence, perfect beingness, all present in our fellow beings... END_OF_DOCUMENT_TOKEN_TO_BE_REPLACED

Airs at: Fri, 06/24/2022 at 8:00pm - 10:00pm
Produced for:  Squirrels Know
Update Required To play the media you will need to either update your browser to a recent version or update your Flash plugin.
Join Ender Black on a super night of Earth human music! Specifically sonic pastures made to raise our quotient of conscious awareness. Today is a grand day! And the present moment holds everything. In the animal beings, we are able to experience the true, unmitigated cosmic... END_OF_DOCUMENT_TOKEN_TO_BE_REPLACED

Airs at: Fri, 05/27/2022 at 8:00pm - 10:00pm
Produced for:  Squirrels Know
Update Required To play the media you will need to either update your browser to a recent version or update your Flash plugin.
Download audio file
Join Ender Black on a conversation with Tony Rodrigues, a man who served many years as a laborer in corporate and government-sanctioned classified space programs, and who has full remembrance of his experience. This is important to note, because the set of technologies used... END_OF_DOCUMENT_TOKEN_TO_BE_REPLACED

Airs at: Fri, 04/22/2022 at 8:00pm - 10:00pm
Produced for:  Squirrels Know
Update Required To play the media you will need to either update your browser to a recent version or update your Flash plugin.
Download audio file
Join Ender Black on a superb conversation with power couple, Foster Gamble and Kimberly Carter Gamble, creators of the films THRIVE: What On Earth Will It Take? (2011) and THRIVE II: This Is What It Takes (2020). On this interview, we invite you to open your eyes, ears, hea... END_OF_DOCUMENT_TOKEN_TO_BE_REPLACED

Century Of Lies
Harm Reduction in Oregon and California