An Interview with Martha Hennessy of the Kings Bay Plowshares 7 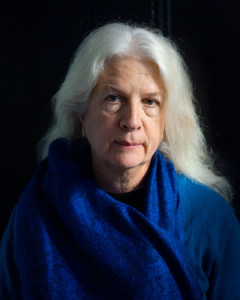 On the 50th anniversary of MLK Jr's assassination, a group of seven activists entered the naval submarine base in Kings Bay, Georgia, where over a hundred nuclear weapons are housed. In a symbolic act, they splashed their blood around, spray painted an anti-war slogan on a sidewalk, and hammered on a monument to nuclear weapons. Now, six of the seven have been sentenced to time in prison.

Martha Hennessy is one of the seven, and her ten-month prison sentence began on December 14, 2020. She spoke with Nat Moon from her home in Vermont, where she lives with her husband of 40 years.

Update Required To play the media you will need to either update your browser to a recent version or update your Flash plugin.
Download audio file
Topic tags:
Activism, War/Peace