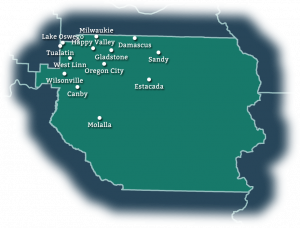 In the evening of September 1st, State Representative Mark Meek held a live telephone town hall to address the concerns of the people of Clackamas County around the coronavirus. Meek represents House District 40 which encompasses Oregon City, Gladstone, Johnson City, Jennings Lodge and unincorporated Clackamas County. The town hall also featured community leaders who helped to address questions from those who participated in the call.

James Graham is the Economic Development Manager in Oregon City. He explained the efforts by the city to stimulate the local economy while the pandemic-induced recession makes economic development difficult.

Also featured in the town hall was Kelly Thomas, a nurse at a Clackamas County Hospital.

Next, a constituent named Connie asked the panel about Clackamas County’s progression on the reopening schedule. Governor Brown has linked Clackamas, Multnomah and Washington Counties in their reopening process because the counties are interconnected in the Portland Metro Area. Both Washington and Clackamas Counties have appealed to the Governor to be decoupled from the other counties, but they have not been successful.

The town hall also featured Bob Stewart, the Superintendent of Gladstone Schools. Stewart explained how the school district will be creating distance learning while still supporting the social and emotional health of students.

Update Required To play the media you will need to either update your browser to a recent version or update your Flash plugin.
Download audio file
Topic tags:
COVID19, Economy, Education, Government/Politics, Health