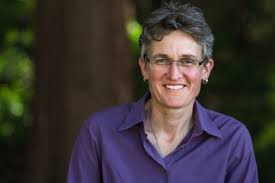 Jamie McLeod-Skinner is a candidate in the Secretary of State Democratic primary. McLeod-Skinner rose to prominence in 2018, when she challenged Republican Representative Greg Walden in the race for Oregon's 2nd Congressional District. She lost, though she came closer than any other Democratic challenger before her.

She currently holds both an elected and an appointed office in Oregon. She is an elected board member of the Jefferson County Education Service District and was also appointed by Governor Kate Brown as a Board Member at Large for the Oregon Watershed Enhancement Board, which provides grants to restore and protect watersheds and habitats.

KBOO's Althea Billings spoke with McLeod-Skinner about what sets her campaign apart and creative uses of the State Land Board and Audit Division.