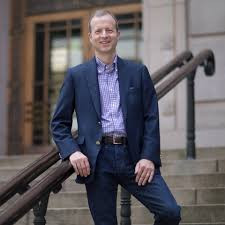 Ethan Knight is one of the candidates for the next DA. Knight has served as an Assistant United States Attorney for more than a decade, and previously served as Deputy District Attorney in the Multnomah County District Attorney’s Office. He has been recognized with some of the Justice Department’s highest awards for his work handling security cases during the Obama Administration, including by former Attorney General Loretta Lynch. He currently serves as President of the Oregon Law Foundation.

Knight spoke with KBOO’s Melissa Hood about decriminalizing homelessness and providing fair and just treatment to everyone that comes through the system, regardless of their economic or mental health status.

Update Required To play the media you will need to either update your browser to a recent version or update your Flash plugin.
Download audio file
Topic tags:
Government/Politics, Law/Court/Crime