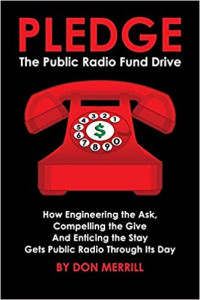 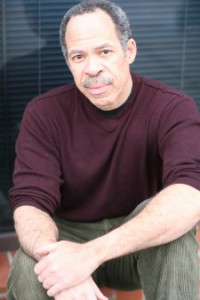 For KBOO's Fall Membership Drive, we're getting meta by interviewing KBOO's own Don Merrill talks about his book PLEDGE: The Public Radio Fund Drive. Tune in for a fundraising conversation about fundraising.

PLEDGE examines the fund drive and the public radio universe surrounding it. Loved by (if not sometimes quietly annoying to) the left, and hated (if not sometimes begrudgingly respected) by the right, both drives and that universe are full of palace intrigue, financial arm twisting, over-modulated egos and passive-aggressive meltdowns. Though public radio has had plenty of fist bumping triumphs, what it suffers in silence are the kinds of things the audience would never think goes on because they assume public radio is above them.

But most of all, PLEDGE is not written for the public radio insider. It’s not a love letter.  It’s not an academic study.  It’s not a first person narrative. Rather, it’s for the average giver, donor, contributor, sustainer, supporter and listener who wants to know more about the station than its phone number.  Researchers, journalists and public radio opinion makers fill its pages.  In fact, PLEDGE is full of voices, including those from people like you. And, it promises to tell you things you never knew about the part of public radio you might’ve thought you knew best.

Update Required To play the media you will need to either update your browser to a recent version or update your Flash plugin.
Download audio file
Topic tags:
Arts/Culture, Education, Media

END_OF_DOCUMENT_TOKEN_TO_BE_REPLACED

Radiozine
Diversity Inc. The Failure of a Billion Dollar Business