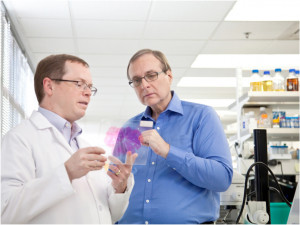 In addition to Microsoft and his sports teams, Allen actively promoted brain research and space exploration. And his company, Vulcan Capital, is a major investor and real estate firm.

Forbes valued Allen’s fortune at $20.3 billion, making him one of the world’s richest people. The magazine also credits him with total charitable contributions of $2 billion, including $500 million to the Allen Institute for Brain Science, contributions to address ocean health and homelessness, and financial support for libraries, museums, AIDS research, and the Oregon Shakespeare Festival in Ashland.

Allen co-founded Microsoft with Bill Gates in 1975, first in New Mexico, and then moving on to Seattle. He left the company in 1983, shortly after he was first diagnosed with cancer.