Proposed bill would limit timber industry influence on Board of Forestry 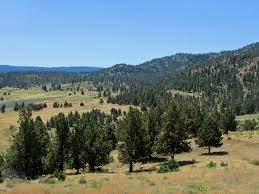 "Over the last 30 or 40 years, the ownership of Oregon's forests has really shifted. Decisions are made by people who have never set foot on the ground" -Oregon State Senator Jeff Golden

Oregon has long been a frontier in the conflict between conservation and the timber industry. Last year, large timber companies, representing out-of-state investors earned record profits despite wildfires and the COVID-19 pandemic. Some Oregonians feel the industry plays an outsized role in public policy. State Senator Jeff Golden is the author of Senate Bill 335-3, a proposal which he believes will remove personal financial interest from public policy on the Board of Forestry.

KBOO's Ethan Sandweiss spoke with Golden to learn more about the bill and the intention behind the effort.

Update Required To play the media you will need to either update your browser to a recent version or update your Flash plugin.
Download audio file
Topic tags:
Agriculture, Energy/Natural Resources, Environment/Climate, Government/Politics