Portland is not Burning 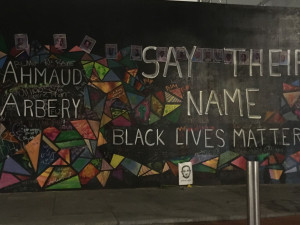 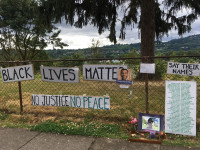 All summer Portland has been the brunt of vicious attacks by Trump and his minions, denouncing the city as a liberal democratic bastion under siege by mobs of radical, anarchist thugs. After sending in uninvited federal police to put down the city’s nightly black lives matter protests, violent Trump supporters are now invading Portland and environs with boat and car rallies.

So it’s a good time to talk again with Portland city commissioner Jo Ann Hardesty about how we move forward in realizing our visions, in this time of pandemic, recession and wildfires, during the remaining weeks of the most nerve shattering election we can remember.

As we were recording this show, Portland might not be burning, but the rest of Oregon is on fire. Many communities across the state, especially in Southern Oregon have been devastated. Rogue Climate, a climate justice group in Phoenix, Oregon has lost its office to the fire, while they remain dedicated to helping the community around them. You can find out more about what they are doing in the wake of these cataclysmic fires and how you can help by clicking here: https://www.facebook.com/rogueclimate/