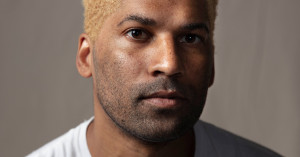 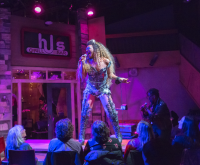 Dmae features continues conversations about anti-racism in the arts with an in-depth talk with Chip Miller, the newly appointed associate artistic director of Portland Center Stage at the Armory.  Chip originally joined PCS in the spring of 2019, in the role of associate producer. In 2019, he directed the company’s smash-hit production of Hedwig and the Angry Inch (which is slated to return sometime in 2021) and the celebrated world premiere of Redwood, a play PCS also helped develop.

We hear about Chip Miller's impressions of Portland and the arts scene as well as inclusion for BIPOC and LGBTQI+ artists and how to build audiences of color in predominantly white theaters. Dmae and Chip also share their love of Ben Vereen in Pippin.

Update Required To play the media you will need to either update your browser to a recent version or update your Flash plugin.
Download audio file
Topic tags:
Arts/Culture, African American, LGBTQ
Genre(s):
Arts and Culture

END_OF_DOCUMENT_TOKEN_TO_BE_REPLACED

Wednesday Talk Radio
An hour with Jared Yates Sexton on his new book, Qanon and the lead-up to the election