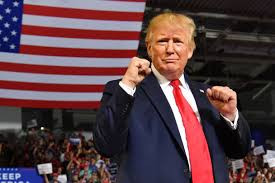 Bill Resnick interviews Lawrence Douglas, Professor of Law, Jurisprudence and Social Thought at Amherst College about his book Will He Go?  Trump and the Looming Election Meltdown in 2020.  Douglas points out that Trump is desperate to stay in power and is setting up mechanisms to ensure he does. They discuss in the first part of a two-part interview why Trump will never concede and if he appears to be losing this November, how he and his forces and base could create a constitutional and political crisis in order to hold on to power. Resnick and Douglas agree that an effort to steal the election is the most likely scenario and that it could succeed. In part 2 to play next week they discuss how Trump can be stopped.

Update Required To play the media you will need to either update your browser to a recent version or update your Flash plugin.
Download audio file
Topic tags:
Elections, Civil Rights/Human Rights, Government/Politics, Law/Court/Crime