Palestine Day of Rage in Portland 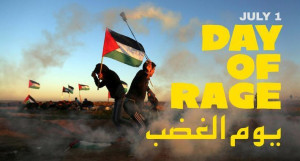 Portland supporters of Palestinian equal rights joined dozens of other cities this week in a Day of Rage for Palestine.

The protest focus included condemnation of Israel’s annexation attempts in the West Bank.

Protest organizers say, "We recognize that this is the latest move in 70+ years of Israel’s efforts to annex — or fully colonize — Palestinian land. We also recognize that the failure of international law to protect Palestinians or hold Israel accountable further highlights the importance of grassroots efforts to resist Israel’s colonization and ethnic cleansing plans, including mass protests."

Update Required To play the media you will need to either update your browser to a recent version or update your Flash plugin.
Download audio file
Topic tags:
Activism, Civil Rights/Human Rights

The World of Jazz
Fresh Tracks From Home