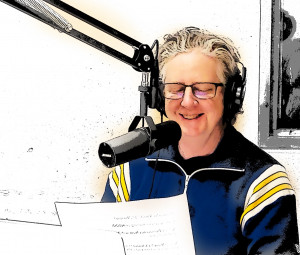 In Memoriam: Bill Resnick remembers our old comrade Clayton Morgareidge, replaying two of his recent commentaries for the Mole: Capitalism as Organized Narcissism and The Place of Art in a Green New Deal. They both begin with a scathing critique of our current economic arrangements, that is capitalist, and they go on to discuss the human instinct to protect human values, for one to empathize with others, for another to admire and reach out for beauty and even the most humble attempt to produce it.

Capitalist Realism: From the Archive 2010, Frann Michel reviews Mark Fisher's book Capitalist Realism, which argues that the idea that only capitalism is realistic is itself a distorted ideology. Fisher tries to make complex theory accessible, and highlights the contradictory impacts of capitalism on mental health (declining) and bureaucracy (increasing).

Voices from the Climate Strike: On February 7th at the Port of Vancouver, Portland Rising Tide pushed back against the Canadian federal court of appeals decision to green-light the Trans Mountain Pipeline Expansion Project (TMX). They delivered a letter to Port of Vancouver CEO Julianna Marler calling for her resignation. The pipeline threatens the traditional Wet'suwet'en territories in Canada and has been fiercely opposed by the Wet'sewet'en Nation. This segment was produced by Sarah Summerhill, Old Mole intern from Washington State Universty Vancouver Department of English, in conjuction with Mole member Jan Haaken.

African American Vote: In spite of reported gains by the Bernie Sanders campaign, Joe Biden took the lion's share of Black votes in Saturday’s  South Carolina primary. Denise Morris looks back at a September 2019 article on Joe Biden and the Black vote written by Black Agenda Report contributor Ann Garrison an independent journalist based in the San Francisco Bay Area. Garrison argues that Biden’s “Electability” is “a farce engineered by Democratic elites that is likely to give us four more years of Trump.”