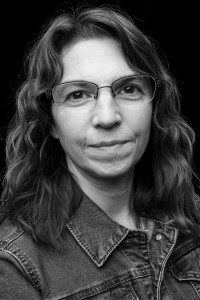 The theme for February is "Leap," and features guest poet Brittney Corrigan, who was raised in Colorado but has called Portland, Oregon her home since 1990. She holds a degree from Reed College, where she is also employed. Brittney’s poems have appeared in numerous journals and anthologies, and she is the author of the collection Navigation (The Habit of Rainy Nights Press) and the chapbook 40 Weeks (Finishing Line Press). Her newest collection, Daughters, a series of persona poems in the voices of daughters of various characters from folklore, mythology, and popular culture, is forthcoming from Airlie Press in 2021.
For more information, visit Brittney’s website: http://brittneycorrigan.com/.
Photo credit: Dean Davis
Update Required To play the media you will need to either update your browser to a recent version or update your Flash plugin.