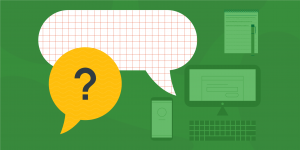 On Saturday, the results of a summertime survey of renters in the Lents neighborhood were announced.

It found that while most households are stable-- in that the tenants haven’t moved recently-- they are worried and vulnerable.

Limited budgets and possible rent increases create mental and physical health stress on renters, and many of the households included in the survey are especially vulnerable, due to age, disability or medical condition.

The group Southeast Portland Renters in Action worked with Portland State University to collect information on renters and their concerns.

At the forum where the results were announced, attendees also talked about possible solutions.

KBOO’s SJ Oxendine went to the unveiling of the survey and brings us this report.

SJ Oxendine  0:00
We have the main speaker, Dr. Lisa Bates, from the School of Urban Studies, I believe, Professor that most people will be most interested in what we have to say. So can you give our listeners the highlighted and abbreviated version of your talk today?

Dr. Lisa Bates  0:19
Sure. So our research team was led by folks from the Southeast Renters and Action Group, Lents community members who wanted to create a survey to find out what was happening for people in this community who live here and are experiencing challenges that aren't really seen or understood by policymakers. So PSU supported them to create this survey and implement a door to door survey. We spoke to a bit over 100 households and asked them about their experiences, the challenges they faced and some of their worries for the future. And what we found is that over half of the renters that we talked about have pretty significant vulnerabilities in terms of things that would make them vulnerable to housing stressors or even displacement, things like that-

SJ Oxendine  1:11
Please, please be a little bit more specific about what you mean by vulnerabilities and stressors.

Dr. Lisa Bates  1:18
So, these are folks who are hold her and have a fixed income, about half have either a physical disability or consider themselves to be medically fragile. There are also about a quarter to a third, who speak English only as a second language, have immigration documentation issues or have other challenges with their rental history, credit history, a legal background that would make it hard for them to find housing if they needed to. So for most of the folks in the survey, they are experiencing problems with housing a affordability, even though we found that a lot of people are pretty stable in terms of not having to move very much, but they are really increasingly worried about what might happen to them in the future. People are-

SJ Oxendine  2:12
-worried about rental increases, worried about the stability of the company, that branch for them? What kind of worries?

Dr. Lisa Bates  2:22
So, people are worried about things like, if they're already, about 40% of people are already cutting out necessities in order to pay for their rent. So if the rent goes up, what would they do? People are worried about conflicts they have with their landlords, their landlords evicting them. And they know that if they had to move in the next month, so one of our questions was if you had to move in the next month, what would you do? Three quarters of people are really worried about finding a place that they could afford. And three quarters of people say they wouldn't be able to afford the moving cost themselves. And with also pretty significant numbers of people saying they would have a problem even looking for a home. About a third, about 50% of the people said they would just the search itself would be a challenge and a barrier for them. So and I think even even more impactful is to know that half of the folks who answered the survey are already experiencing physical health and mental health challenges that they attribute to the stress of their housing situation. Even though they are currently housed, the stress of thinking about the kinds of possible things that could happen in the future is affecting their health.

SJ Oxendine  3:40
So the information that you collect, who is it going to and what will they do with it?

Dr. Lisa Bates  3:46
That's going to this group right here, Southeast Renters and Action and the community folks who created you know, the idea for the survey so who will decide what to do with it are people who are in this room at this forum and other tenants who want to ask more questions and generate their own solutions. I think our team very much believes that the people who are experiencing an issue have, they know what's going on, and they know what they want to do about it. And so we want to support the development of those ideas, because we need more creative and new transformative ideas to really solve these problems.

SJ Oxendine  4:26
All right, now we're going to hear Joanne... Luchini read in what policy changes have been proposed.

Joanne Luchini  4:39
So these are some of the changes and housing policies and practices that our little table we talked about. We suggested solid rent control like that in Berkeley and New York City, we suggested better screening of landlords and property managers. And that's to exact accountability because there's too much of an attitude that if you're poor and you're in low income housing, then you're lucky you get what you get. So they would like to see not landlords not also watch themselves for bullying of tenants, would also look for tenant on tenant bullying and making sure that the properties where people live in are clean and safe, and everything else. It was recognized that mixed neighborhoods are the ones that are the healthiest and strongest. And by mixed we're talking about mixed ages, mixed ethnicity and race, mixed income, the idea that there should be integration, not segregation. While increasing the supply of mixed housing, we also wanted people to realize that you also had to provide the necessary infrastructure and the services and the public transit. So it really does nothing to say you have mixed housing if there's no grocery store, and there's no way to get to the grocery store.