The Divine and the Mundane: Music in the Fabric of Our Lives 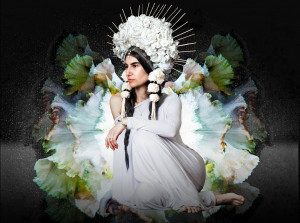 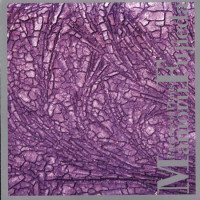 Whether we hear it or not, we are always steeped in sound. Over the course of 2019, Threshold Shift has been exploring the intersections of field recording, sound design, human hearing and music. We started in March with guest host, Bill McQuay's, second deep dive into the ultrasonic world of Panama's Barro Colorado populations of bats, katydids and crickets. This led to revelations of these creatures' other ways of communicating through the vibration of their bodies against and in their environments, what scientists who collect this data, such as Dr. Laurel Symes of Cornell University and her team, call tremulation. We then had a completely sound designed collage of field recordings from across the world and the US create an Emergency Rainstorm for use as a psychological salve on those asphalt-melting, sweltering summer days experienced by all those being impacted by climate change and wildfires. From there we delved back into Central America to compare and contrast the effects experienced in our brains while listening to unadultered field recordings of Howler Monkeys at a single place, day and time on Bocas del Torro Island in Panama recorded by Farhad Shah-Hooseini and the experience of being in the jungles of Costa Rica with Howler Monkeys as told by Peter Nevins and re-imagined aurally by Travis Abels. From there we launched into a discovery tying together our ultrasonic bats and katydids from the March episode with mediation music centering on harmonics of 432--a tuning frequency that is purported to be a more natural, healing tuning than the standardized A=440 Hz.

Tonight we will be exploring all this and the work of two contemporary composers and musicians. The first will be Simrit Kaur. The interview selections you will be hearing were taken in mid-October 2019 right before Simrit toured through Oregon. The conversation will be interspersed with cuts off her new album, When We Return, releasing on iTunes, Amazon and other platforms on December 11. You will also be able to find it at simritkaurmusic.com Simrit is a chart-topping, neo-psychedelic world beat artist who grew up between Athens, Greece and the American South. She has a grounding in sacred musical traditions ranging from the Greek Orthodox Church of her youth through the mantras she has learned a student, practicioner and certified instructor of Kundalini Yoga. A deep and early love of rhythm led her to West African drumming traditions that she learned over years spent with Ghanaian drum masters in the Odunde Ensemble. All this mixed with lyrics based on philosophical texts and 16th-century Gurmukhi poetry has created richly varied compositions and soundscapes that transcend genre, musical convention, and international borders. Simrit is also a teacher who wants people to find the power residing in their own voices. She has two online courses available, The Supreme Sound, focusing on the yoga of the voice, and Clear and Confident, which was developed specifically for female-identifying bodies to find the power residing inside their sound.

We'll round out the evening and our production year with the seminal classic 1997's Patterns of Plants by Japanese post-minimlist composer, Mamoru Fujieda. This magnum opus actually contains two CDs, the first of which we'll listen to tonight. Mamoru Fujieda worked on this project for over a decade, collecting the data of micro-electrical movements along plant leaves. The patterns thus collected were imported into a program called MAX/MSP which allowed the composer to translate these movements into exact pitch changes and shifts. From there the language of the plants' energies were able to be played for the first time by humans. Using the orchestration of ancient Japanese and Chinese instruments as well as older instruments of the Western Classical traditions such as the harpsichord, Mamoru Fujieda successfully pulled together these threads into a whole cloth which, in my opinion, happens to be some of the most relaxing yet fascinating music I've ever heard. As this album has been such a great inspiration to my artistic process as a sound artist, I felt it only right to feature it tonight especially as it the original disc is not currently on any of the streaming services. You can however still buy it from the label that originally released it, Tzadik Records.