For the Birds - with Bob Sallinger 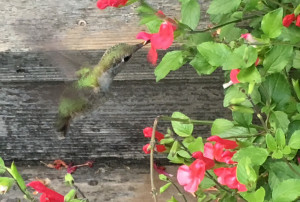 In October the Audubon Society released a report stating that “Two-thirds of America’s birds are threatened with extinction from climate change, but keeping global temperatures down will help up to 76 percent of them." This follows a previous month's report that North America has already lost 1/3 of its bird population. But not to despair. There are things we can do to protect the birds that are still with us. Of course, one of the principal changes we need to make is to reduce carbon emissions drastically and immediately. But as Bob Sallinger with Audubon of Portland, our guest on this episode of Locus Focus, reminds us, we can also make important changes on a local and individual level that will help those 76 percent of birds survive.

Urge the Portland City Council to extend the Big Tree Amendment and remove commercial/industrial exemptions for tree removal. Here's how to help.

Update Required To play the media you will need to either update your browser to a recent version or update your Flash plugin.
Download audio file
Topic tags:
Activism, Animals, Environment/Climate, Science/Technology