Would you risk arrest for life on earth? 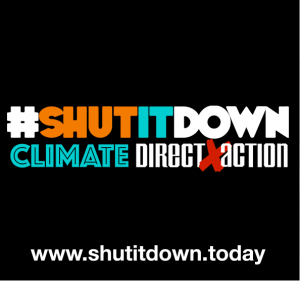 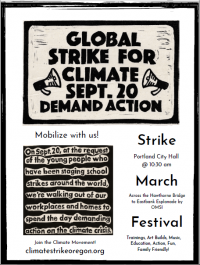 Would you risk arrest for life on earth?

Host Amy Johnson will be speaking with one of the valve turners who spent 6 months in prison for shutting down a tar-sands pipeline in North Dakota on October 11th, 2016, Michael Foster. As well as Bonnie McKinlay, who hosts workshops in Portland, Oregon on Civil Disobedience.

Michael Foster was a mental health councilor for 20 years. He stopped working so he could volunteer full-time on climate issues. Michael is a co-founder of 350 Seattle and helped start a local Plant For The Planet group. For a period he had a website “Climate Change for Families” which became “Climate Action Families”. On October 11th, 2016 Michael shut off a tar sands pipeline in North Dakota by turning a valve off. This action was in coordination with other activists, who shut off four additional pipelines. Stopping 15% the US’ oil supply on that day. The action coincided with 4 days of prayer for the Water Protectors at Standing Rock. We’ll talk about why he went from organizing groups to deciding to break the law. Read more about the action at: shutitdown.today.

Bonnie McKinlay is a retired public school teacher. She works with friends and allies to stomp out fossil fuel projects that threaten our special planet. Works on climate every day, schemes, goes to meetings, makes props, banners and costumes, gives workshops on action design and civil disobedience and is with the "Folly Of Frack" troupe.

September 20-27, 2019 is a global week of action to address the Climate Crisis. On September 20th and 27th massive, global climate strikes are being organized in solidarity with the ongoing climate strikes of students across the globe. Strikes and a week of action are being organized in Portland by groups like: OPAL-Environmental Justice Oregon, 350PDX, Extinction Rebellion, Sunrise Movement, Portland Youth Climate Council, Portland Harbor Community Coalition, Physicians for Social Responsibility and others. The strikes and many follow-up actions planned for Portland don't require or ask you to risk arrest. To find out more about the strikes in Portland visit: climatestrikeoregon.org.