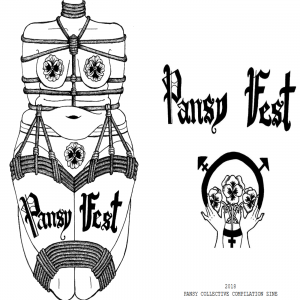 First we have a couple of shorter segments. Respectively, you hear the voices of Janine Phillips Africa, Janet Holloway Africa and Eddie Goodman Africa of the Move 9, a political and religious group that follows the teachings of John Africa and have faced heavy repression from the state of Pennsylvania over the last 50 years, who are recently released after 40 years in prison on some bull charges. The three are requesting peoples support calling in to the prison administration in Pennsylvania and to two hospitals to get contact with their fellow Move 9 prisoner, Delbert Orr Africa. Delbert has a parole hearing in September and has suddenly been heard to be suffering from swelling and possible prostate cancer. His blood daughter, his lawyer and his family members in the Move organization are concerned that so-called authorities aren’t letting Delbert communicate with them. As they say, two other members of the Move 9, Phil and Merle, died under mysterious circumstances in the dungeons of the PA prison system that has sought to bury Move and it’s supporters like Mumia Abu-Jamal, with an announcement of sickness that quickly turned to the death of their family members. It’s also good to note that Chuck Africa of the Move 9, while support in this moment is not being directed at him, is also still incarcerated after more than 40 years. More info at OnAMove.Org, OnAMove.com, Move9Parole.blogspot.com or the fedbook page, “Justice For The Move 9”

There’s a statement from Move in our show notes, near the bottom of the post for this episode with more details. Those notes don’t include the number for Wilkesbury Hospital at 5708298111

Then, we’ll hear from an anonymous tree-sitter and Dusty who are both in trees blocking the path of the Mountain Valley Pipeline cutting through Appalachia and threatening the immediate health of the forests, waterways and communities it passes by as well as the the wider future of life on earth as a project to pull fossil fuels for burning out of the soil for the profit of a few hucksters. More information on the Yellow Finch Tree Sit at AppalachiansAgainstPipelines on fedbook, InstaGram and Twitter or send them some money at bit.ly/SupportMVPResistance.

As a quick update, the efforts by EQT’s attempt at extending an injunction around the Eminent Domain for the Mountain Valley Pipeline to also criminalize tree-sitters, their supporters and lawyers have failed and the federal judge, Elizabeth Dillon, meaning that the construction will have to move from Cove Hollow around to the other side of Poor Mountain, ostensibly increasing the cost of building the pipeline by hundreds of thousands of dollars. Consider visiting them and congratulating the tree-sitters

Third up, we got to talk with members of the fast approaching Pansy Fest and Asheville Anarchist Bookfair, which is an exciting collaboration happening over the weekend of August 23-25. We got to talk here about this colab and many more things, if you are listening to the radio version and want more content that will be up at our blog thefinalstrawradio.noblogs.org.

To get in touch with these projects, for logistics and information, you can go to pansycollective.org and email them at pansyfestavl@gmail.com.

To donate to Pansy Fest, you can Venmo @cecilia-martuscelli

To see those shirts and totes, go here!

For housing inquiries for both events email housing.avl2019@gmail.com !

We want to share that the wrong address for writing to Sean was up at his support site and announced in his segments. You can actually write to him at:

This week saw the passing of long-time political prisoner, alleged member of the Jonathan Jackson Unit and the United Freedom Front and revolutionary, Tom Manning. Tom’s death came after literally years of medical mistreatment and neglect at the hands of Federal Bureau of Prisons, ending at USP-Hazelton in West Virginia. The system had it in for Tom, that he would die inside, for even though he only had about a year left in the Federal System, he was bound upon release for the NJ state prison system, a system renown for it’s vendetta against prisoners accused of killing cops. We’ll link in our show notes to a recent writeup by Ray Luc Levasseur on It’sGoingDown.org. If you want to hear our interview with Ray Luc which touched on his relationship with Tom and Tom’s treatment by prison officials, we’ll link that in the show notes, too.

So, you heard the Kite Line jingle today. Due to this episode being a behemoth already, we’d like to direct you to hear the voice of prison organizer and Deputy Minister of Labor for the New Afrikan Black Panther Party (Prison Chapter), Jason Renard Walker on the August 2nd episode of Kite Line. In the future we may feature some of Mr. Walker’s audio essays to get them on the airwaves further. You can also find his articles, for which he’s been punished by the Texas prisoncrats, at the SF Bay View Newspaper.

The MOVE Organization would like to bring to people’s attention a very dangerous situation that is currently occurring with our Brother Delbert Africa . For the past two weeks Delbert has been suffering from severe swelling from the bottom of his waist all the way down to his toes . For the past two weeks prison officials at SCI Dallas has ignored Delbert’s request for medical until this past week when several calls were made to his counselor . A medical visit was finally scheduled for this past Wednesday 7/31/2019 where it was explained to Delbert that he has a fluid build up which required to be drained Delbert was immediately taken to an outside hospital, where as of today 8/3/2019 we still do not know where Delbert is .

For several days now Delbert has been kept incommunicado from calling his MOVE Family , His Blood Daughter, and even his lawyer . Prison officials and also hospital officials will not give any one information pertaining to where Delbert is at . Something very suspicious is happening here and it appears the same pattern that occurred with Phil Africa in 2015 where a simple stomach virus turned to A weeklong trip to the outside hospital held incommunicado from family and friends to return back to the prison and be placed in hospice care and to only die a day later. In 1998 Merle Africa who had a stomach virus was forced in her cell and told she was dying only to die a couple of hours later .

This system has no issue with murdering MOVE people and that’s what they are trying to do with Delbert now . They have already given ground by letting innocent MOVE people out on parole and they do not want to do this with Delbert . As we said before this system has always saw Delbert as the leader and isolated him and this latest tactic is no different . Delbert is set to go before the board this September after winning his appeal now this happens . As of now we have heard from Delbert’s attorney where he has stated based on the medical report given from Outside medical they are stating that Delbert has Anemia , High Potassium , High Psa’s , Acute malignancy of lower intestines , Kidney Trouble , and Suspicion of prostate cancer . The only thing that Delbert has agreed to with any treatment or exams is the submission of a catheter to be used Delbert has requested a phone call to his MOVE Family which the prison and Also Hospital will not allow . We are highly suspicious that this prison has done something to Delbert to bring on these symptoms on so quick . They could not kill Delbert August 8th after the brutal beating they gave him and now they want to finish the job before he can come home on parole .
These officials are so arrogant this is the same way they murdered Phil Africa and Merle Africa .

As we have stated before they have isolated our Brother So they can kill him. They won’t let know one speak to him and this is very Dangerous we need people now to call

We want people to demand that Delbert Orr Africa Am4895 be allowed to call his MOVE Family and let them know what’s going . Even Though it’s the weekend we are still asking people to call and Monday we are going full blast .

This episode, we feature WIMP from Boston, MA, with the track AlwaysForwardNeverStraight. WIMP will be performing at PansyFest 2019 in Asheville.