The Death of Michael Barton: Callous Medical Neglect at the Oregon State Penitentiary 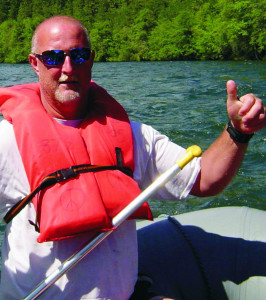 The Death of Michael Barton: Callous Medical Neglect at the Oregon State Penitentiary

Michael Barton was a 54-year old prisoner in the Oregon State Penitentiary with a long history of mental illness and obvious dementia. In January 2018 Barton caught the flu. By mid-January, he was unable to walk or sit up and he eventually stopped eating. The nurses who responded to his cell stood in the doorway and argued with him because they interpreted his irrational behaviors as malingering or an obstinate refusal to follow medical advice. Despite his multiple pleas to be admitted to the medical infirmary where the physicians at the practice were supposed to care for prisoners, he was continually returned to his cell. By early February, he became bedridden and unresponsive.

On February 5, 2018, Barton lost consciousness while being wheeled to the infirmary. He was rushed to a Salem hospital where he never regained consciousness. Four liters of infected pus and fluid were removed from his chest cavity to treat an infection causing a collapsed lung. On February 6, 2018, Barton died from organ failure resulting from a massive methicillin-resistant staphylococcus aureus (MRSA) infection.  Despite the availability and low cost of providing potentially life-saving treatment, Michael Barton did not receive that treatment.

Haunted by the circumstances that led to Barton’s death, several witnesses contacted Disability Rights Oregon who then conducted an investigation. DRO's report reveals a cascade of systemic failures that led to the death of Michael Barton. It exposes a nursing and medical culture that fostered a callous disregard for Michael Barton’s welfare and dismissed the needs of a patient with disabilities.

DRO believes that there will be other Michael Bartons unless Oregon Department of Corrections changes a culture that allows its nurses to see patients with cognitive and mental health disabilities as less than human.

Disability Rights Oregon is the Protection and Advocacy Agency for Oregon that upholds the civil rights of people with disabilities.

Update Required To play the media you will need to either update your browser to a recent version or update your Flash plugin.
Download audio file
Topic tags:
Activism, Civil Rights/Human Rights, Disability, Health, Law/Court/Crime, Prison