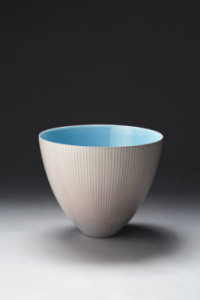 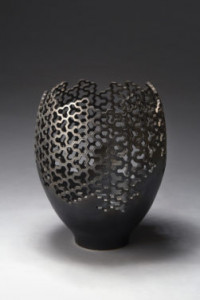 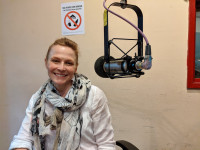 On Tuesday May 14 at 11.30 a.m. Joseph Gallivan interviews curator Laura Mueller [pron. MOO-ler] about Northern Lights, a ceramics show at the Portland Japanese Garden which runs through May 27. Mueller talks about how ceramics in the northern Japanese region of Hokkaido developed under new freedoms in the 19th century and resulted in exquisite contemporary sculptural works that are visiting Portland for the month of May.

Northern Lights: Ceramic Art of Hokkaido Revisited follows up on an exhibition held at the Portland Japanese Garden a decade ago and celebrates the 50th anniversary of the Hokkaido Pottery Society. A long sister-city relationship between the Hokkaido Pottery Society and the Oregon Pottery Association has resulted in numerous reciprocal exhibitions, and the bonds between these potters continue to flourish.

The exhibition, guest curated by Sachiko Matsuyama, features major works by 21 established artists of the Hokkaido Pottery Society, with additional work by the broader membership. It is held in conjunction with the Year of Hokkaido at Portland Japanese Garden which commemorates the 60th anniversary of the sister-city relationship between Portland and Sapporo.

During the Meiji period (1868 – 1912), abundant land and government support prompted artisans including papermakers, silk farmers, and potters to flock to Hokkaido from around the country. Almost all the existing kilns in Hokkaido were established following WWII. There are more than 400 potters in Hokkaido today, most of them working as individual artists.

This exhibition is sponsored by The Standard and by Katherine and Mark Frandsen.

The World of Jazz
The Art of Jazz