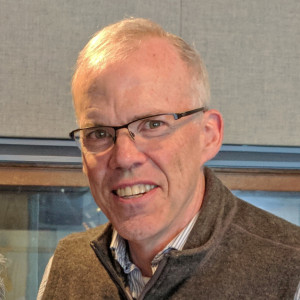 We’ve all seen the images of huge icebergs breaking off the Antarctic ice sheets into the ocean. It’s not just polar bears and penguins who are in danger of losing their habitat. Our “pale blue dot” in the universe as Carl Sagan described Earth, is in peril. The top scientists of the UN Intergovernmental Panel on Climate Change say we have only until 2030 to “avoid catastrophic environmental breakdown.” Young people see their future fraught with risk. And they are stepping up and speaking out. Sixteen-year-old Greta Thunberg of Sweden began a school strike protesting the lack of urgency in addressing climate chaos. Her action caught on and spread all over the world. New groups of climate activists such as 350.org, Extinction Rebellion and the Sunrise Movement have arisen. They are demanding radical change in business as usual.

Bill McKibben was one of the first to sound the alarm on climate change with his bestselling book The End of Nature. A scholar-in-residence at Middlebury College, he is a leading environmental activist. His other books include The Age of Missing Information, Hope, Human and Wild, Deep Economy, and Eaarth. He is co-founder of 350.org.