Mo Welch on How to Die Alone 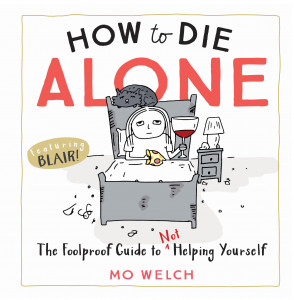 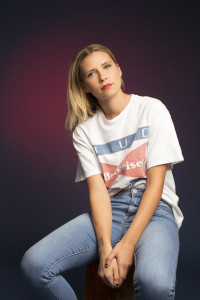 Radiozine welcomes comedian and author Mo Welch to talk about her book "How To Die Alone." Mo will be in conversation with the founder of Portland’s Curious Comedy Theater, Stacey Hallal, at Powell’s City of Books on Mon, April 29 at 7:30pm.

About "How To Die Alone"

For every brave soul who wants to just say no—no to meeting the gang for drinks, no to wishing a coworker happy birthday (unless there’s free cake involved), and no to dating of any kind—here comes Blair, the master of living life in sweatpants and talking only to her cat. With her dark but totally honest perspective, Blair will teach you how to become an antisocial hermit, fail at your boring job, sabotage your relationship, and always—always—give yourself permission to choose the couch over the gym.

Mo Welch is a stand up comedian and cartoonist. She appeared on CONAN in January of 2018 and in February of 2019. Her 10 part animated series BLAIR debuted on TBS Digital in January 2018. She starred in Foul Ball on CBS, Hulu's Coming To The Stage and appears in season 2 of Amazon's Gortimer Gibbon's Life on Normal Street, season two of Life in Pieces on CBS, and season 2 of Corporate on Comedy Central.  She was named an Up Next Comedian by Comedy Central in 2017. She has worked as a writer for Nickelodeon, TBS and CBS.

Her book How to Die Alone will be available for purchase on April 16, 2019. A book tour will follow.

The Chicago Reader called her "Hysterically Brilliant" and Splitsider calls her "impossibly cool". Along with her comics, she was featured on Buzzfeed, The A.V. Club, Serial Optimist and is a regular comics contributor to Hello Giggles and BuzzFeed.

Update Required To play the media you will need to either update your browser to a recent version or update your Flash plugin.
Download audio file
Topic tags:
Arts/Culture, Humor, LGBTQ, Women

END_OF_DOCUMENT_TOKEN_TO_BE_REPLACED

Locus Focus
Oil and LNG Trains on the Rise?