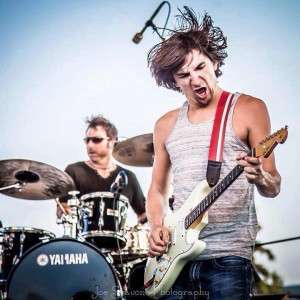 It's the 5th Friday of the month, and the 30th anniversary of Portland's Waterfront Blues Festival. Which can only mean one thing... another episode of Mr. Jones's Neighborhood, the children's show for reluctant adults. Host Ken Jones (no relation) welcomes Ty Curtis and Jerry Jacques of the Ty Curtis Band. Ty and the band, joined by guitar ace Robbie Laws, will be performing at the Waterfront Blues Festival at 5pm today. We can't think of a better way to celebrate the festival's big 30th, and kick off KBOO's live broadcast of all 5 days from noon to 10pm through the 4th of July.

If we're good, and, for the most part, we usually are in Mr. Jones's neighborhood (except for a few notable exceptions), Ty and Jerry will treat us to a tune or two, live in the KBOO studios.

All that great talk and music, along with the usual comedy and novelty bits. It’s a beautiful day in the neighborhood!

Update Required To play the media you will need to either update your browser to a recent version or update your Flash plugin.
Topic tags:
Arts/Culture, Humor, Music
Genre(s):
Eclectic, Radio Theatre, Spoken Arts