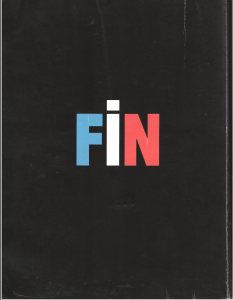 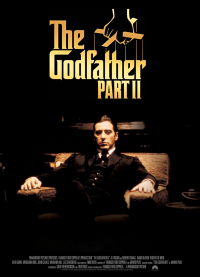 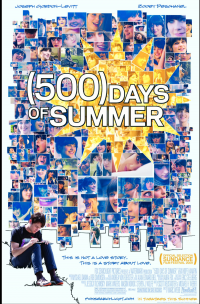 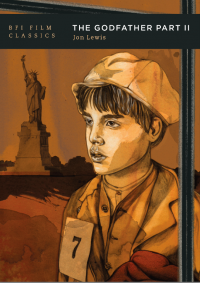 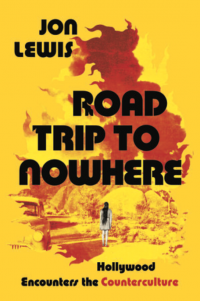 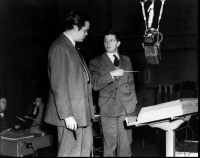 From Los Angeles, actor-writer-director-historian Jeff Godsil considers (500) Days of Summer, while Matthew of KBOO's Gremlin Time surveys the career of movie score composer Bernard Herrmann in our new segment The Music Alcove, and in the book corner, a new BFI monograph on The Godfather Part II, by OSU's own Jon Lewis.

The BFI's The Godfather, Part II, by Jon Lewis

There are a handful of people who have appeared in all three Godfather movies. Al Pacino and Diane Keaton obviously, and Tahlia Shire, but the recurring thespians include Sofia Coppola. She’s the baby being christened at the end of part one, and one of the immigrants on a ship in part II, and of course as the Don’s daughter in III, disastrously in the eyes of many.

We are helped to realize this fun fact by Jon Lewis’s new monograph on The Godfather, Part II, one of the latest new BFI Film Classics published by Bloomsbury, and a companion to the author’s earlier monograph on The Godfather. Jon Lewis. is a professor of cinema at OSU, and the author of numerous earlier books, including a history of cinema text book,

After a brief introduction tracking the production history, and a first chapter on the trajectory of of Coppola’s career in the context of the Godfather movies, the long, central second chapter gives a close reading of the film that you can watch along with the movie.  A final short chapter contemplates the morality of “liking” Michael Corleone and changing attitudes to his character. But the central chapter is the meat of the book. Thie of Meetings.”is section is full of insights, beginning with the notion that The Godfather Part II is a “movie about meetings.”

Here are some of the other insights:

“Michael rationalizes gangster capitalism as an aspect of the ‘same hypocrisy’ that attends all aspiration, ambition, assimilation, capitalist accumulation … All things being equal in the lives of all successful American men. It is unlikely Vito needed philosophy to rationalize his embrace of and route through the American dream. Both Vito and Michael balance work and family, especially as they overlap in their line of work so complexly. And while Vito is better at maintaining a balance, Coppola, in a 1975 interview, reminds us that, setting aside precisely what these men do for a living, success can be rough on relationships: ‘I’ve strung my own wife along for 13 years by telling her that as soon as I was done with this or that project, I'd stop working so hard and we'd live a more normal life. I mean, that's the classic way husbands lie.’”

“After Michael leaves New York for Sicily in The Godfather, Kay visits the family compound. Tom won't let her in. The place is locked down and guarded by Corleone soldiers. After the assassination attempt in the Godfather, Part II, Kay is instead locked in; she can't leave the compound — and it falls to Tom again to tell her why. In both films, Coppola set Corleone family life in a compound (in New York and then Tahoe) in order to make clear that the films are not really or just about the Mafia.”

“In the Godfather films, the police are of minimal relevance — a reflection as well of the times. Michael has plenty of enemies, but they are almost all of them, men like him: gangsters and the businessman, gangsters posing as a businessman, businessman behaving, like gangsters.”

“Although there hasn't been all that much written about Talia Shire, certainly in comparison to the two male stars of the film, she has nonetheless (like them) among the most important factors in late – 20th – century Hollywood, thanks to supporting roles (are there any other kind of roles for women?) in two blockbuster franchises: The Godfather and Rocky, in which she plays Adrian, Rocky Balboa's soulmate.”

This monograph is a must read, but I doubt if there will be a Jon Lewis BFI monograph on The Godfather Part III, just because of the film’s low esteem, though I hope so.

Professor’s Lewis’s other new book is The Road Trip to Nowhere, from the University of California press. The subtitle is Hollywood Encounters the Counterculture and indeed the book covers that transitional time period when the blinkered sacred cows of established moviedom began to fall before the advance of a new younger, educated force of cinephiles. The worry as this volume begins is that in covering well-trod ground, will he have anything new to add, especially given other recent books on the subject, including J. Hoberman’s The Dream Life, a survey of ’60s cinema and politics, Chaos, Tom O’Neill’s decades long trip into the Manson case and its CIA connections, Sam Wasson’s “making of” book on Chinatown, called The Big Goodbye, and finally Savage Appetites, Rachel Monroe’s terrific book on true crime obsessives which has a Manson chapter that covers new ground. There are also Mark Harris’s volume on the films of 1967, Pictures at a Revolution, not to mention the seemingly now standard Easy Riders and Raging Bulls by Peter Biskind. But rest assured, the author does have new things to say, and in an engaging non-academic style with lots of nice turns of phrases, such as “Like planets, movie stars are discovered,” and that in Hollywood, movie star is a job description.

The first chapter covers events surrounding the making of Easy Rider and Antonioni’s Zabriskie Point, and what later happened to that film’s leads, Mark Frachette and Daria Halprin. Frachette, for example, joined a cult called Fort Hill Community and died in prison where he was incarcerated for bank robbery. He mentions in passing a 1969 UCLA shoot out over a black filmmaking program that itself could be a movie.

The long central section is on Christopher Jones, a James Dean lookalike who came to Hollywood to become rich and famous, and ended up starring in Wild in the Streets and Three in the Attic, for American International Pictures. One of the “new things” the author gives us is to underscores the significance of AIP’s Samuel Arkoff to the rise of New Hollywood. Jones went on to appear in a John LeCarre adaptation, surrounded by old guard British relics, and then in David Lean’s Ryan’s Daughter, a wildly miscast failure that also broke the actor’s spirit. I hate to be a spoilsport, but there is one error on page 123, when he adds to the narrative briefly the story of Diane Varsi, on her way up after Peyton Place, but on her way down by the time she ended up in Wild in the Streets. Varsi’s next film after Peyton Place is  10 north Frederick and it is a Gary Cooper movie, but it is not a western, though her next picture was, From Hell to Texas.  The rest of Jones’s proved mysterious and hard to track down. Tarantino makes an appearance, as a Jones connoisseur, and the shadow of Manson hangs over Jones as it did earlier to cult-member Frachette, in that in one of his earliest roles Jones played a Manson-like cult leader in the pilot for Judd for the Defense. The episode is on YouTube by the way, and he was a charismatic performer.

The next chapter tracks the ups and downs, and in one case ups again of four female performers, Jean Seberg, star of Godard’s Breathless, Jane Fonda, Dolores Hart, who appeared in an Elvis Presley musical but abandoned Hollywood for a convent, and Barbara Loden, who also clashed with Hollywood but managed to make the striking, hyper-realistic feature Wanda, recently revived.

The central chapter and the climax of the book is the Manson chapter,  which covers Manson’s background, the story of the Family,  the trial, what everyone knew in Hollywood about Tex Watson and his kind, and what they were really doing at Hollywood parties, but which did not come out at the trial, and accounts of two Manson movies that came out nearly simultaneously, Mary Herron’s Charlie’s Girls, and of course Tarantino’s Once Upon a Time … in Hollywood. He doesn’t really endorse Charlie’s Girls, but still he made me want to see it, and with the other, he offers up a close reading and the first critical work on the film that I’ve seen yet in print. When taking account of the reviewers’ reaction to the work, he writes that  “The problem with movie reviewers is that have to see movies that they don’t want to see. The problem (for reviewers) with moviemakers is they make the movies they want to make – movies that are often not what the reviewers want from them, or from anyone.”

Update Required To play the media you will need to either update your browser to a recent version or update your Flash plugin.
Topic tags:
Arts/Culture, Film
Genre(s):
Arts and Culture