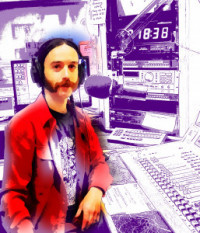 Joe Clement hosts this episode and we hear:

Authoritarianism and Global Roasting: Bill Resnick interviews Max Elbaum on the two existential threats facing humanity. They discuss how to defeat both, building the broadest of lefts, including segments of the Democratic Party that today might support the sweeping mobilization of all our productive resources to transform how we produce and consume.

Labor Led Fossil Fuel Resistance: Desiree Hellegers talks with Cager Clabaugh, President of the International Longshore and Warehouse Union Local 4 in Vancouver, WA, about the local and global stakes in the Vancouver Port Commissioner race, where the incumbent, Eric Labrant, who has a long-time record of opposing fossil fuel infrastructure in the Port, is up against challenger Greg Siefert.

Don't Quit, Organize! Joe Clement talks with labor activist Eric Dirnbach about Strike-tober, the mass quittings and staff shortages affecting the American economy, and whether we're seeing what former Secretary of Labor Robert Reich has called "a disorganized general strike". His writing on some of this recently appeared on Organizing Work.

Update Required To play the media you will need to either update your browser to a recent version or update your Flash plugin.
Download audio file
Topic tags:
Class, Economy, Energy/Natural Resources, Government/Politics, Labor