Hosted by:
Norm Diamond
Produced by:
KBOO
Program::
Old Mole Variety Hour
Air date:
Mon, 08/30/2021 - 9:00am to 10:00am
Views, Reviews, and Interviews from a Socialist-Feminist, Anti-racist and Anti-colonial Perspective

The Old Mole Variety Hour is pleased to present Thirty Years in the Streets of Portland: The Activist Photography of Bette Lee. Follow the link to view a collection of Bette's photos with her reflections. 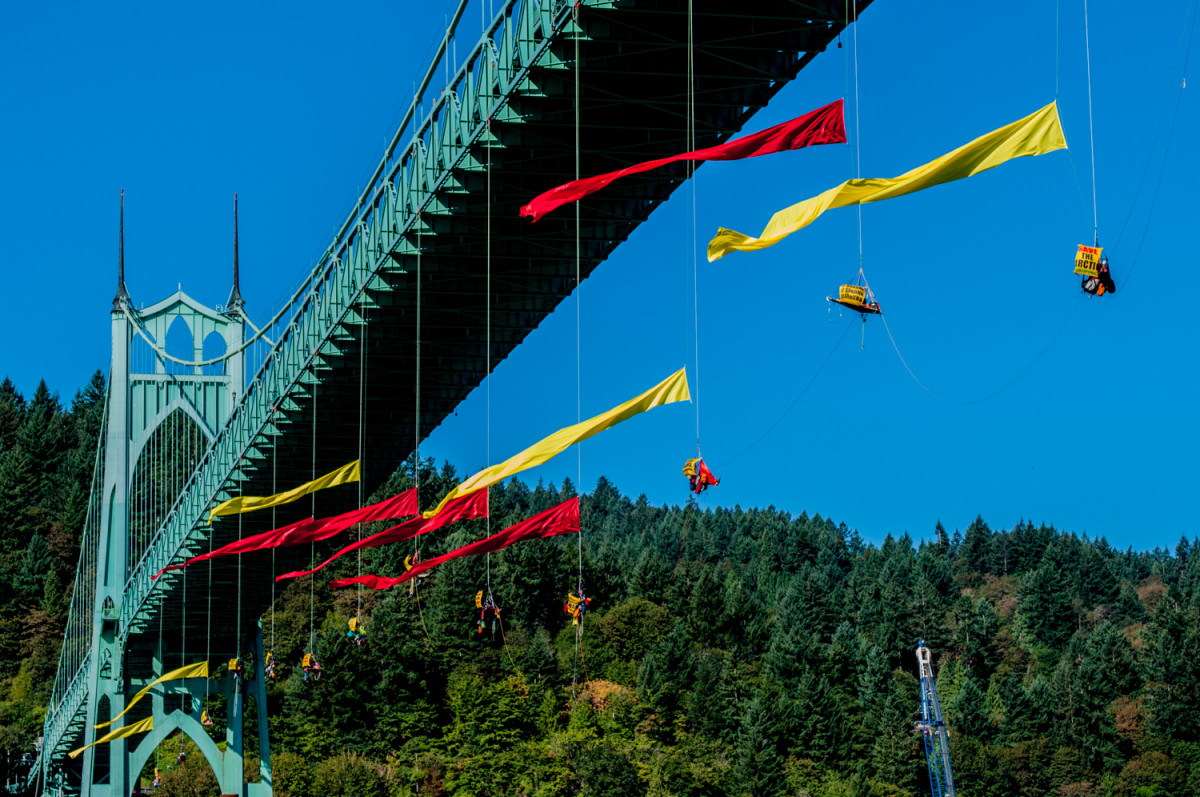 Norm Diamond hosts this episode of the Old Mole, which includes the following segments:

The Necessary End of Consumerism: Bill Resnick interviews Simon Torracinta, a graduate student at Yale who studies climate change and human responses that might succeed in reducing greenhouse gas concentrations and in prolonging the human experiment. They discuss consumption and consumerism, how in capitalist societies, especially this one, we are urged by the media, popular culture, and by many industries to gain pleasure and fulfillment in consumption. We consume for those reasons and because much consumption, like auto driving, is driven by the lack of alternatives, such as the lack of public transit. They conclude with how we can reconstruct this country, get off that drug of consumption, provide low carbon alternatives and stop global warming. In our new society we would work less, be more involved in public affairs and engage in more caring and creative activities that produce enduring happiness and fulfillment.

Attachments: Book Mole Larry Bowlden reviews the 2021 novel by Jeff Arch, entitled Attachments. An old teacher, now a dean of a private school, is put down by a stroke. His last conscious words are a request for two old students: Pic and Goody. An exceptionally insightful look at a very special love triangle. Attachments is remarkable for its emotional intelligence.

South American Report: Luisa Martinez speaks to Austin Gonzalez about two important delegations he was part of on behalf of the Democratic Socialists of America or DSA. One to Peru as election observer and the second with Luisa, to Venezuela to attend El Congreso Bicentenario de los Pueblos del Mundo, a conference of the international left. They discuss their experience with Venezuelan communards and touch briefly on the significance of Pedro Castillo's electoral win as president of a country historically gripped by conservative politics.

From Utopia to Dystopia: In this episode of Another World Is Possible, Norm Diamond looks at the relationship between utopian and dystopian literature. Norm discusses that relationship by examining the transition in early industrializing United States from pleasant and supportive work lives for young women, the country’s first industrial proletariat, to brutal and unhealthy working conditions. Patricia Kullberg reads from Herman Melville’s short story “The Tartarus of Maids."