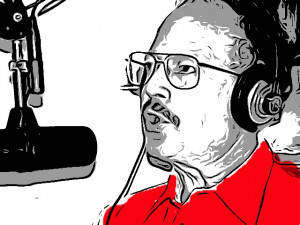 Coronavirus Crisis in India: Patricia Kullberg speaks with Dr. Swati Birla about how Primer Minister Narendra Modi and his ruling BJT party set the stage for the coronavirus catastrophe currently unfolding in India and how radical right-wing and anti-Muslim forces in India are attempting to take advantage of the crisis to consolidate their political stranglehold on the country. Dr. Birla is a physician and feminist activist engaged in anti-caste and anti-racist work with the collective Sanhati and the Global Prison Abolitionist Collective. She is currently completing a doctorate degree in sociology at University of Massachusetts, Amherst.

American Jobs Plan: Bill Resnick and Howie Hawkins, the Green Party candidate for President in the last election, discuss the Biden administration’s proposed American Jobs Plan. Announced with great fanfare at a cost of $2 trillion plus, the annual outlay would actually represent less than one-third of the U.S. military budget and is designed to fund the wish list of the U.S. corporate apparatus, such as “advanced “ nuclear power, “clean” coal, and the “smart” continent-spanning grid that will enable investor-owned utilities to preserve their domination. Still Biden’s plan is just a negotiating position, and there is a chance that significant resources could be devoted to genuine zero-greenhouse-gas model cities

Blindness and Alternative Visions: On Another World is Possible we look today at alternative visions of public healthcare and the insights that great fiction can provide. Host Norm Diamond talks with Barbara Simons, who recently published an essay on the premises that underlie different approaches to public healthcare. Simons, a practicing nurse who has a Ph.D in English, a rare and intriguing combination, draws on cultural theory and a close reading of Portuguese communist José Saramago’s novel, Blindness.